The Association of American Editorial Cartoonists (AAEC) is hosting their annual convention in Columbus during Labor Day weekend. As part of this convention, the AAEC is sponsoring public presentations and panel discussions featuring prominent professionals in the field.

All events are  held at  Columbus College of Art and Design (CCAD) , Canzani Center Auditorium, 60 Cleveland Avenue. These events are FREE and open to the public.

The AAEC is a professional association concerned with promoting the interests of staff, freelance, and student editorial cartoonists in the United States. The Billy Ireland Cartoon Library & Museum is a proud cosponsor of this event. 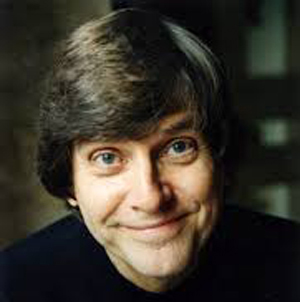 Mike Peters is recognized as one of the country’s most prominent cartoon artists for his outstanding work as both a political and comic strip cartoonist. He has been a nationally syndicated editorial cartoonist for more than 30 years. Peters graduated with a Bachelor of Fine Arts from Washington University and immediately began his career on the art staff of the Chicago Daily News. After 2 years in the Army, his mentor, the renowned World War II artist Bill Mauldin, helped him find a cartooning position on the Dayton Daily News where his work was syndicated to more than 400 newspapers worldwide. In 1981, Peters received a Pulitzer Prize for editorial cartooning. His work frequently appears in such publications as Newsweek, Time, U.S. News & World Report and The New Republic. Mother Goose and Grimm, the award-winning comic strip he created in 1984, now appears in more than 800 newspapers worldwide, and is consistently placed in the top 10 most popular comic strip ratings.

As the 2016 presidential primary season looms, cartoonists pick their targets from a field flush with cartoonable candidates.

Two cartoonists offer a peek at their coloring process and discuss color’s role in their art.

By day, they are editorial cartoonists, tackling current events with pen and ink. By night, they are fine artists, pursuing the Muse in oil, clay, or acrylic. Cartoonists discuss how their outside artistic pursuits energize their work. 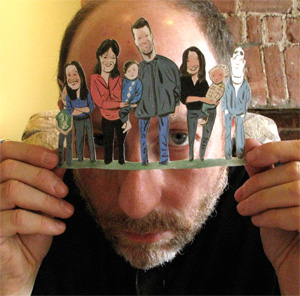 Steve Brodner is a satirical illustrator and caricaturist working for publications in the US since the 1970s. After getting his BFA at Cooper Union in 1976, Brodner became editorial cartoonist at The Hudson Dispatch, in Union City, New Jersey. He’s illustrated for The New York Times Book Review and his own journal, The New York Illustrated News. He also became a regular contributor to Harper’s Magazine with the monthly feature, “Ars Politica”. In the late 1980’s, he contributed to The National Lampoon, Sports Illustrated, Playboy and Spy and did portrait caricature, art journalism and a back-page political cartoon, “Adversaria” for Esquire.  Since then Brodner’s art journalism has appeared in most major magazines and newspapers in the United States including GQ, The Nation, Newsweek, The Washington Post, Los Angeles Times, Rolling Stone, The New York Times, The New Yorker, Time, Mother Jones, and The Atlantic. 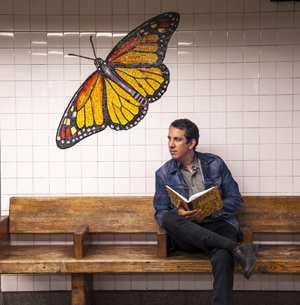 Peter Kuper’s illustrations and comics have appeared in newspapers and magazines around the world including MAD where he has written and illustrated SPY vs. SPY since 1997. He is the co-founder of World War 3 Illustrated, a political comix magazine and has been on the editorial board since 1979. He has produced over two dozen books including The System, Diario de Oaxaca, Drawn To New York and adaptations of many of Franz Kafka’s works into comics including The Metamorphosis. His most recent graphic novel Ruins chronicles the migration of the Monarch butterfly interwoven with a couples’ journey to Mexico. Kuper has been teaching comics courses at The School of Visual Arts for 25 years and is a visiting professor at Harvard University.

Synopsis: Twelve lovable lunatics, capturing the comic and tragic in all four corners of the Earth: cartoonists who risk their lives to defend democracy, with a smile on their faces and a pencil as their only weapon. They are French, Tunisian, Russian, American, Burkinabe, Chinese, Algerian, Ivorian, Venezuelan, Israeli, and Palestinian.

Cartoonist and writer Liza Donnelly discusses political cartoons of The New Yorker, her own included. 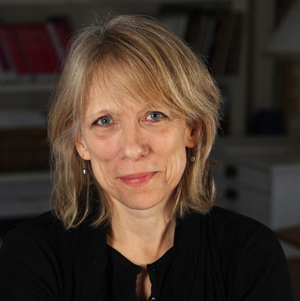 Liza Donnelly is a contract cartoonist and writer with The New Yorker, where she has been drawing cartoons about culture and politics for over thirty years. She is also a columnist and cartoonist for Forbes.com, specializing in politics and women’s rights, and a featured weekly political cartoonist for Medium. Her writing and cartoons have appeared on many online publications including Politico, The Daily Beast, Open Salon, The New Yorker, CNN, Forbes, The Huffington Post, The Washington Post, and Women’s eNews. Her work has also appeared in The New York Times, The Harvard Business Review, The Nation, Audubon, Glamour, Good Housekeeping, Cosmopolitan, National Lampoon, American Photographer, Scholastic News, Cobblestone, and Habitat. Her most recent book is Women On Men, a collection of her cartoons and writing which was a 2014 finalist for the The Thurber Prize.

Panelists: Dr. Mark McKinney, Professor of French and Italian at Miami University; Michael Alexander Kahn, Senior Council at Crowell Moring; co-author of What Fools These Mortals Be: The Story of Puck, May It Amuse the Court: Editorial Cartoons of the Supreme Court and the Constitution, and Political Cartoons and Caricatures: From the Collection of Michael Alexander Kahn; Rob Rogers (cartoonist for the Pittsburgh Post-Gazette); and Matt Wuerker (cartoonist for Politico) 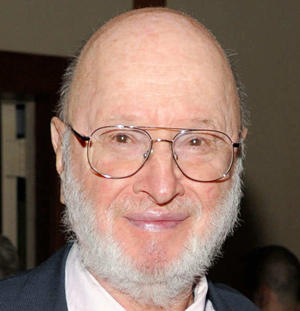 Raised in the Bronx, New York, Jules Feiffer started as an  apprentice with comic industry legend Will Eisner at the age of 16. His Pulitzer-winning and internationally syndicated cartoon, Feiffer, ran for 42 years in the Village Voice. Feiffer went on to publish dozens of books, plays, and screenplays. His sensibility permeated a wide range of creative work: from his Obie-winning play Little Murders, to his screenplay for Carnal Knowledge, to his Oscar-winning anti-military short subject animation Munro. Taking inspiration from his three daughters, he reinvented himself as a children’s book author with the award-winning books, Bark George,  I Lost My Bear, The Man in the Ceiling and A Barrel of Laughs, A Vale of Tears. Feiffer’s autobiography, Backing into Forward: A Memoir, was published in 2012. His most recent work, Kill My Mother: a Graphic Novel, was his first time working in the noir graphic novel form.

* Schedule of events is subject to change