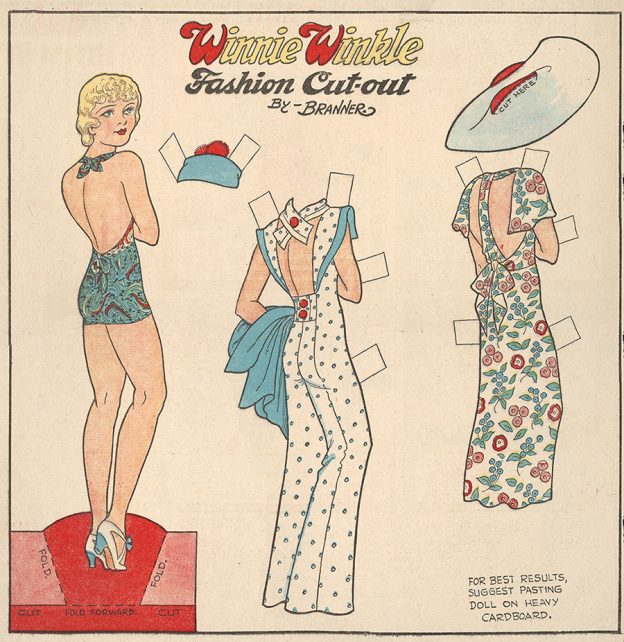 Satirizing, advertising, and codifying fashion has been a tradition in cartoons and comic art since the forms’ origins. Historically, the comics medium has often ridiculed the clothing trends of the “elite” to entertain all classes of readers. However, the same medium also disseminated knowledge about fashion widely to its audiences, especially when  the rise of mass-produced ready-to-wear clothing coincided with the emergence of the newspaper comic strip in the first decades of the 20th century. This exhibition, in partnership with the OSU Historic Costume & Textiles Collection, highlights select fads, trends, and innovations from the 19th century through the 1970s, pairing examples of the clothing itself with the comic strips, cartoons, paper-dolls, and comic books in which these styles appeared.

Curated by Caitlin McGurk, Assistant Professor and Curator for Outreach and Engagement, and Jared Gardner, Professor of English, with assistance from Gayle Strege, Curator and Marlise Schoeny, Assistant Curator, of the OSU Historic Costume & Textiles Collection.