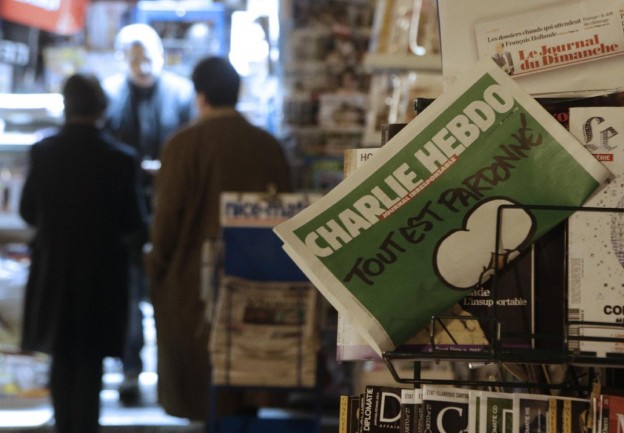 Please join us for a short symposium on the events of January 7, 2015, when the Parisian satirical magazine Charlie Hebdo was attacked by armed assailants, leaving a dozen individuals dead including five cartoonists. Bringing together scholars working in French comics, popular culture and identity, global media and the middle east, and the history of radical satire in comics and alternative publications, this symposium seeks to provide both context and preliminary thoughts towards answering some of the big questions raised by the event.

Some of these questions include: Why was a cartoon magazine with relatively small circulation targeted? Does an increasingly global media landscape challenge some of the historical freedoms and practices of print media? What is the past, present and future of satirical cartooning in the tradition of Charlie Hebdo? How will the lives of people in France and beyond be impacted by the events of January 7th, including defenders of the French secular principles of laïcité, the  French Muslim community, and others caught in the crossfire?

Followed by a roundtable with:

This event will take place in the Jean and Charles Schulz Lecture Hall, Room 220, Sullivant Hall and is FREE and open to the public. Additional information is available on Facebook