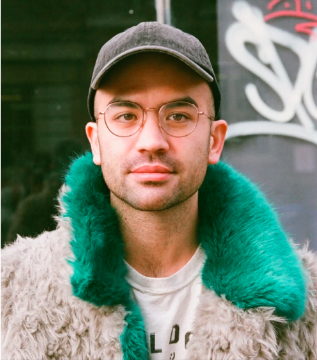 The legendary and still very young Canadian cartoonist Michael DeForge arrives for the first time as a special guest for an afternoon of drawing, talking and signing: all in support of this weekend’s focus on the work of his friend and publisher, Annie Koyama. This is DeForge’s sole appearance at CXC 2018 and we hope to make it a special one. His comics and illustrations have been featured in Jacobin, The New York Times, Bloomberg, The Believer, The Walrus and Maisonneuve Magazine and he has numerous minicomics, webcomics and anthology contributions. His published books include the series Lose, Very Casual, A Body Beneath, Ant Colony, First Year Healthy, Dressing, Big Kids, Sticks Angelica, Folk Hero and A Western World. Michael de Forge’s completed daily comic, Leaving Richard’s Valley, is archived and available to read on Instagram.

A full schedule of CXC events can be found here.  All events are FREE and open to the public, including Friday night’s opening reception at the Billy Ireland Cartoon Library & Museum.