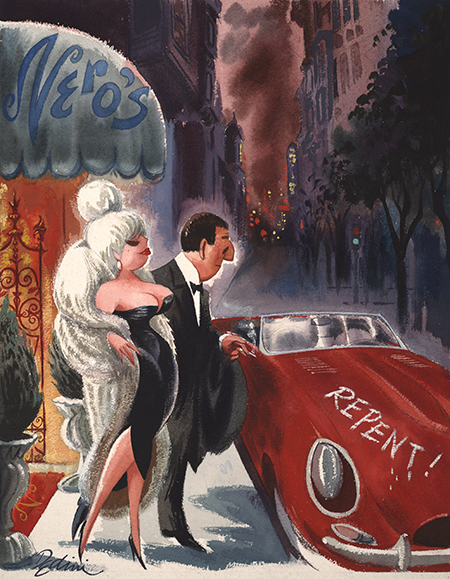 Eldon Dedini (1921-2006) was a master of the gag cartoon. For almost half a century, both The New Yorker and Playboy regularly published his work, which featured a unique blend of art and humor informed by his insatiable appetite and his love of fine art, jazz, wine, and life.

* This exhibit contains sexually explicit content that may be inappropriate for some audiences.