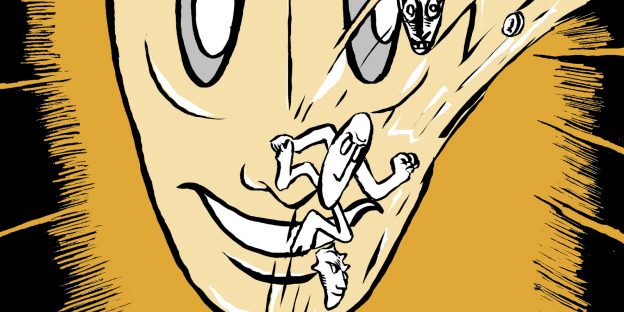 In his quest for a story, Aleksandar Zograf has often used flea market finds as a source of inspiration for his comics. Long forgotten love letters, strange versions of Disneyana objects made in Eastern Europe and a World War II diary have all ended up in Zograf’s comics. Zograf has said that flea markets are great because you never know what you may find—it could be anything coming your way. With the feeling of numerous possibilities feeding his curiosity, Zograf dives directly into the collective subconscious where he discovers poetry in searching for and finding the stories behind things. For Zograf, the flea market is a timeless adventure that he shares with the world through his art.

Aleksandar Zograf (pen name for Saša Rakezić) is a Serbian cartoonist and author of works such as Life Under Sanctions, Psychonaut, Dream Watcher, and Bulletins from Serbia. His comics have been published in multiple eastern and western European countries, the United Kingdom and the United States, and have been shown in numerous exhibitions in Italy, England, Greece, France, Italy, Austria, Germany, the United States and more.