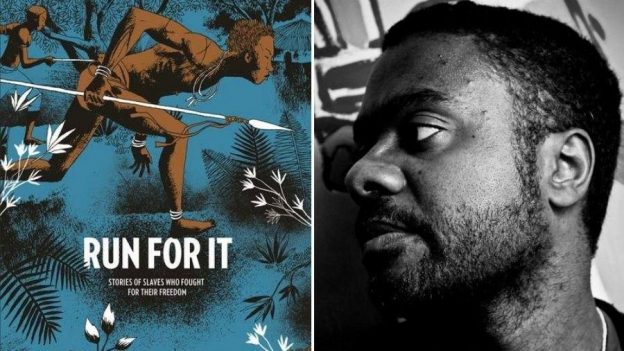 University Libraries’ International and Area Studies Department, in partnership with the Center for Latin American Studies’ Afro-Brazilian Arts and Activism Lecture Series, will present the next installment of the Global Comics Lecture Series: an invited talk by Brazilian comic artist, illustrator and professor Marcelo D’Salete. D’Salete’s acclaimed graphic novels Cumbe (Run for It) and Angola Janga (Kingdom of Runaway Slaves) explore the history of slavery and struggles for freedom in colonial Brazil. Cumbe was the recipient of the prestigious Eisner Award for the Best U.S. Edition of International Materials in 2018. His epic novel Angola Janga: uma história dos Palmares, recently published in the US, narrates the rise and fall of Quilombo dos Palmares, Brazil’s largest quilombo community.

This event is free and open to the public.

The Global Comics Lecture Series is sponsored in part by The Ohio State University’s Center for Latin American Studies, Center for Slavic and East European Studies, East Asian Studies Center and International and Area Studies at University Libraries in conjunction with the Department of Spanish and Portuguese. The series is also supported by funds from the U.S. Department of Education Title VI grants.