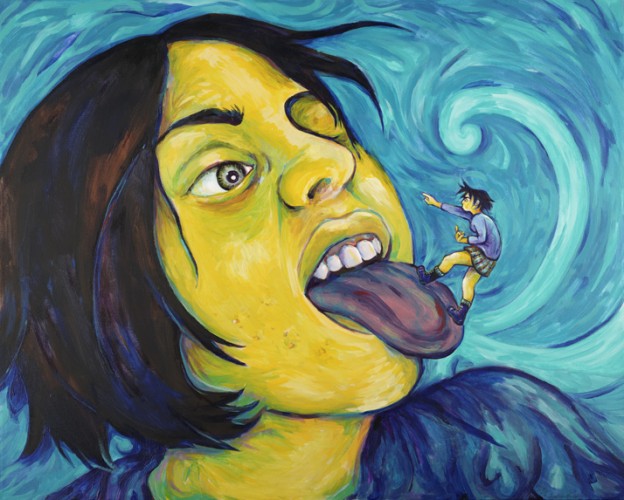 Graphic Details is a groundbreaking touring exhibition providing the first in-depth look at a unique and prolific niche of graphic storytelling – Jewish women’s autobiographical comics. While the influential role of Jews in cartooning has long been acknowledged, the role of Jewish women in shaping the medium is largely unexplored. This exhibition of original drawings, full comic books and graphic novels, presents the powerful work of eighteen U.S., Canadian, and International artists whose intimate, confessional work has influenced the world of comics over the last four decades, creating an entirely new genre. Spotlighting the raw, revealing voices of Jewish women and their singular presence in graphic storytelling, the exhibition illuminates the intersection of experiences that make these diaristic comics so compelling. By turns funny, outrageous, poignant and embarrassingly intimate, the works in Graphic Details reflect the artists’ individual journeys, refracted through a distinctively Jewish lens in a pop culture art form.

Sarah Lightman is a leading voice in the field of autobiographical comics. She is an internationally exhibiting artist, curator and author of numerous academic articles and editor of the first book on Jewish women and comics: Graphic Details: Jewish Women’s Autobiographical Comics in Essays and Interviews (McFarland 2014). She is a director of Laydeez do Comics and is working on her graphic novel The Book of Sarah which will be published by Myriad Editions.

Michael Kaminer is a New York-based writer who collects original cartoon art. His story for the Forward on autobiographical comics by Jewish women became the inspiration for Graphic Details. Michael is the restaurant critic for the New York Daily News, and contributes to The New York Times, The Washington Post, the New York Observer, and other media.

Join us for an opening program and reception on Sunday, April 19 featuring Sarah Glidden, Miriam Katin, Sarah Lightman, and Trina Robbins beginning at 1:30 pm. This event is free and open to the public.