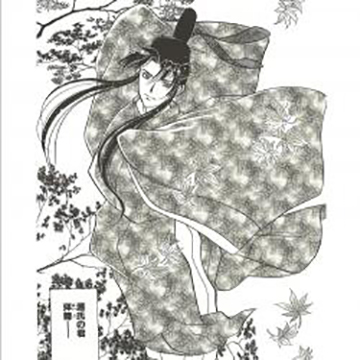 Written a millennium ago by lady-in-waiting Murasaki Shikibu in service to Shôshi, consort to Emperor Ichijô (986-1011), The Tale of Genji has captured the imaginations of readers, artists, writers, and even the Japanese government, transposing into woodblock prints, novels, films, a symphony, and even an opera in English.  Journeying from an elite, circumscribed courtly society through the domains of warlords, townspeople, and a modern nation state, it has been utilized time and again as cultural and political soft power, appearing in one of its newest iterations—Japanese manga comics—in the 1970s. To date, the over thirty manga Genjis visually, narratively, and affectively remediate male and female gazes, gently add humor, eroticize, gender flip, queer, and simultaneously re-inscribe and challenge heteronormative gender norms.  “Pretty boy” heroes, dazzling, luminous (fe)male objects of desire, young men targeted “eye candy,” and more abound!Presented by The Institute for Japanese Studies. FREE and open to the public. 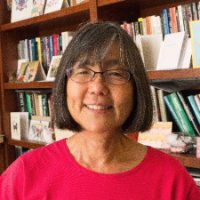 A Professor of Japanese and Asian Studies at Pomona College and Core Faculty of the Intercollegiate Department of Asian American Studies at the Claremont Colleges, Lynne K. Miyake received her B.A. from the University of Southern California and her M.A. in Comparative Literature and Ph.D. in Japanese literature from the University of California at Berkeley.  She works on Heian prose narratives dealing with issues of narration, gender, and cultural studies, and on the mangaadaptations of The Tale of Genji.  She has published articles (in Japanese and English) on the mangaversions of The Tale of Genji, the tale itself, The Kagerô Diary, and The Tosa Diary as well as on the impact of translation on the formulation of the canon of Japanese literature in the U.S.  She received Japan Foundation and National Endowment for the Humanities fellowships to study the performative, interactive role of the reader, text, and narrator in Heian texts and is presently working on a book manuscript on the manga versions of The Tale of Genji.