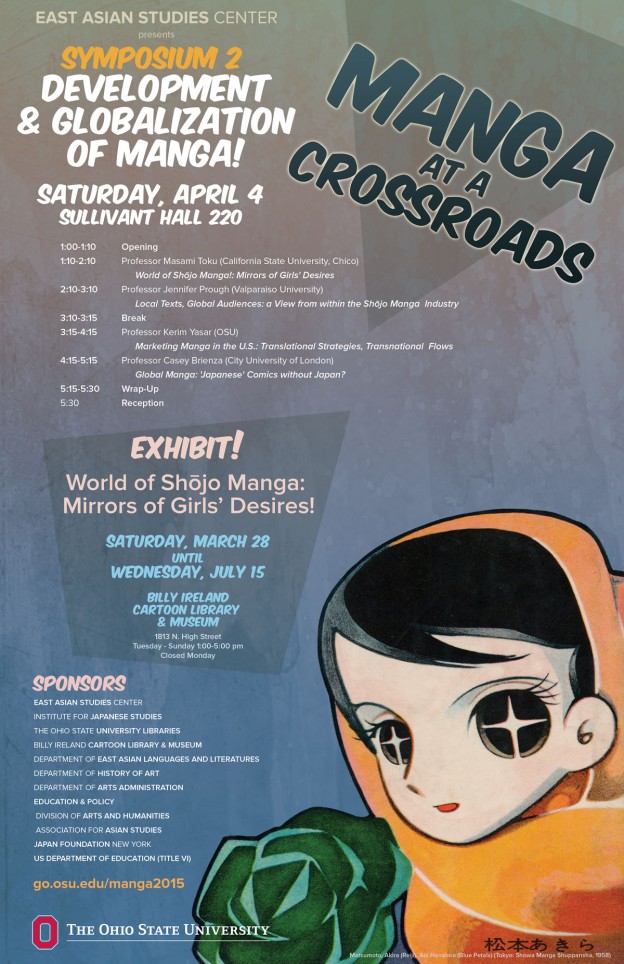 Since the creation of the first manga magazine, Eshinbun Nipponchi, in Japan in 1874, manga evolved and came a long way. After manga became a widely-accepted form of popular culture in Japan, it was exported to countries like the US and has become an international phenomenon. Manga is no longer a mere source for entertainment for the general public, but also it is a serious subject of academic inquiry.  However, while manga became mainstream and global, its sales in the US have recently been in decline. Although some publishers attribute the sales drop to the market stabilization and maturation, it is clear that manga is at a crossroads. Through two manga symposia, the origin of manga and future directions of this unique art form that started in Japan will be reexamined. The first symposium on March 6, 2015 focused on classical manga. This second symposium on April 4, 2015 is dedicated to diversification and globalization of manga. The participants will also learn about the OSU’s manga materials accessible to them and find out how they can incorporate manga into research, teaching, and learning.

Symposium 2: Manga at a Crossroads: Development & Globalization of Manga