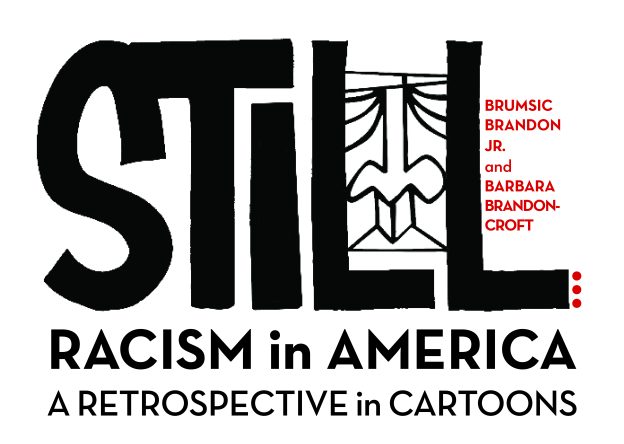 We are honored to welcome cartoonist Barbara Brandon-Croft and curator Tara Nakashima Donahue to the Billy Ireland Cartoon Library & Museum for a program and reception for the opening of STILL: Racism in America – A Retrospective in Cartoons.

6 pm – 7 pm: Reception and time to explore the exhibition
7 pm – 8 pm: Program with Barbara Brandon-Croft and Tara Nakashima Donahue in conversation with Caitlin McGurk in the Schulz Lecture Hall

This event is FREE and open to the public.

Unable to join us in person? Tune in for a live stream of the 7 pm program via Zoom. REGISTER HERE.

**Please note that the start time for this event was originally listed as 3:00 pm. This was changed to 6:00 pm to avoid a conflict with SPACE, the Small Press and Alternative Comics Expo.**

About the exhibit: Pioneering father/daughter cartoonists Brumsic Brandon, Jr. (1927– 2014) and Barbara Brandon-Croft (1958– ) chronicled the nation’s cultural landscape in their comic strips through the lens of racism. The elder Brandon, who created Luther in the late sixties, and was later syndicated by the Los Angeles Times Syndicate until 1986, was also known for his blistering editorial cartoons. Where I’m Coming From is the work of his youngest daughter, the nation’s first Black woman cartoonist in the mainstream press; it debuted in 1989 in the Detroit Free Press. Universal Press Syndicate later distributed her provocative feature until 2005. For six decades, their respective pens lay bare the truth: Nothing has changed. This retrospective reveals how vividly the specter of racism remains in America… STILL.