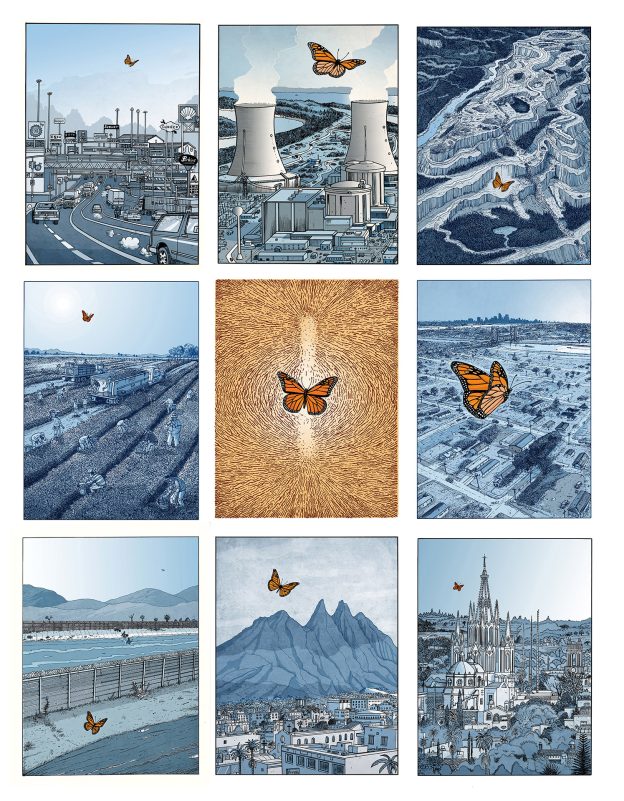 At the start of the 21st century, the term Anthropocene was coined to describe a new geological epoch defined by humanity’s transformation of the natural world.  Scientists have long known that human beings have a complex relationship to the world we inhabit. We survive and thrive thanks to the earth’s many resources, but we also cause irreparable harm to the planet. This exhibit surveys over 100 years of comics that depict the pleasures and dangers of human interaction with the environment. Comics have captured it all—including fears about pollution, the celebration of nature preserves, anger at the failures of the Environmental Protection Agency, and the recognition of the ways environmental destruction and global warming disproportionately affect people of color.

No special opening event has been scheduled for this exhibit. Stay tuned for announcements about exhibit programs happening in spring 2022.

Art by Peter Kuper from his graphic novel Ruins published by SelfMadeHero, 2015. Used with permission.