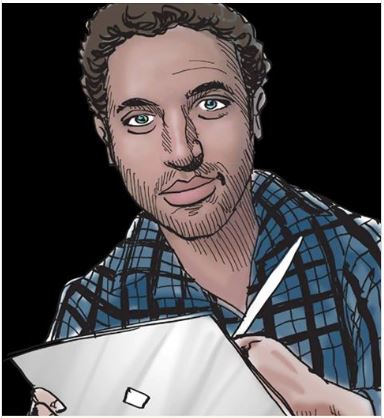 Darrin Bell is an award-winning syndicated editorial cartoonist for The Washington Post Writers Group and the creator of the comic strips Candorville and Rudy Park . Since 1995, he’s been using his platform to attack the powerful, to defend the powerless, to explore such issues as civil rights, pop culture, and family, and to convince everyone they really should give science fiction a chance. This spotlight panel on CXC 2018 Special Guest Darrin Bell will discuss the comic strip and editorial cartooning worlds between which the prolific creator operates.

Darrin Bell is one of the Billy Ireland Cartoon Library & Museum’s three special guests participating in Cartoon Crossroads Columbus (CXC)  We will also be welcoming Lynn Johnston and Annie Koyama.