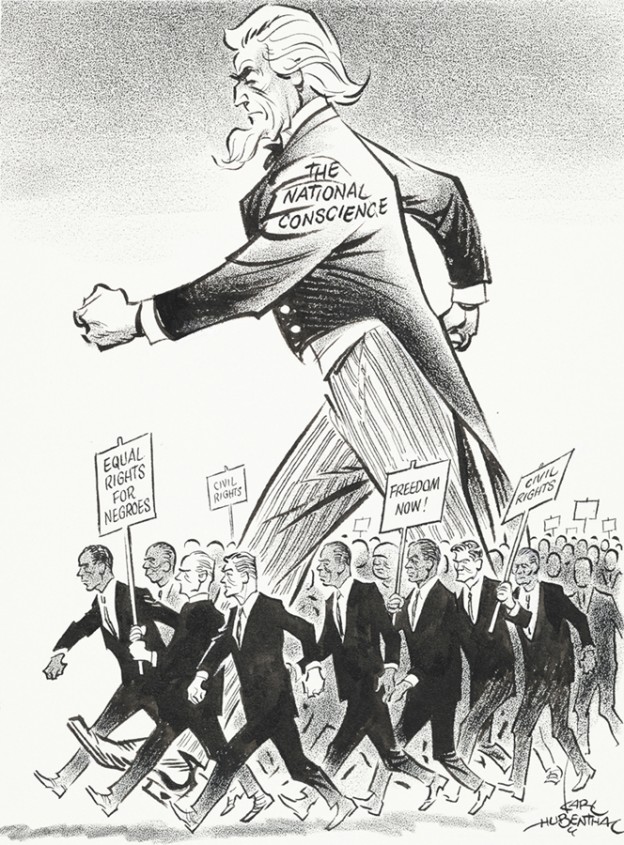 In celebration of the 50th anniversary of the Civil Rights Act of 1964, the Billy Ireland Cartoon Library & Museum presents The Long March: Civil Rights in Cartoons and Comics. The exhibit presents the story of the Civil Rights Movement and its impact through original editorial cartoons, comic strips, and comic books drawn from the Billy Ireland Cartoon Library & Museum’s collections. It will also include artwork drawn by Nate Powell, for March, Congressman John Lewis’s graphic memoir, a New York Times Bestseller co-written by Andrew Aydin, about his experiences as a leader and activist in the movement. The exhibit explores the tensions, struggles, and victories from multiple perspectives, including mainstream daily newspapers and the black press.

This exhibition is organized in conjunction with Remembering the Act: Archival Reflections on Civil Rights in 1964, an exhibition on display at the Thompson Library Gallery from September 15, 2014 – January 4, 2015.