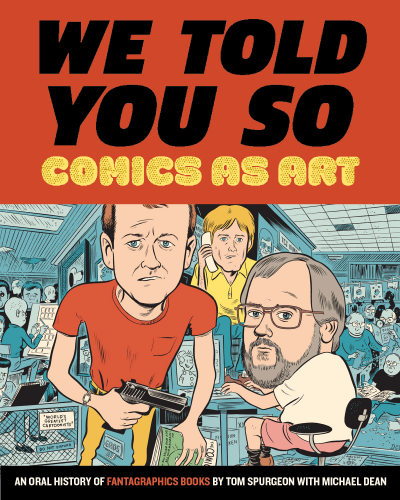 It’s hard to imagine the field of comics being as diverse and vibrant as it is today without publisher Fantagraphics Books. Founded in 1976 by Gary Groth and Mike Catron (joined by the late Kim Thompson in 1977), Fantagraphics began by publishing the collector’s magazine Amazing Heroes before beginning to publish comics in 1979. During its existence, the company has published and championed such alternative comics greats as Dan Clowes, the Hernandez Brothers, Jessica Abel, and Charles Burns, along with reprints of classic comics and the influential The Comics Journal. In We Told You So: Comics as Art, comics historian and critic Tom Spurgeon (along with co-author Michael Dean) provide an oral history of the influential company, exploring not only the business side of the operation but the broader movement and acceptance of comics as an art form during the past 40 years. Those interviewed include a “Who’s Who” of American comics including Art Spiegelman, Stan Lee, Frank Miller, Dave Sim, Jim Shooter and more.

Three time Eisner Award winner Tom Spurgeon is the editor of the online news site The Comics Reporter and Festival Director of Cartoon Crossroads Columbus (CXC).  He has written extensively on comics history and served as editor of The Comics Journal for five years.  He is based in Columbus. 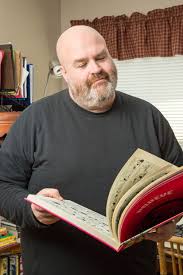 A signing in the Wexner Store follows the reading.

Cosponsored by Ohio State’s Billy Ireland Cartoon Library & Museum and the Wexner Center for the Arts.