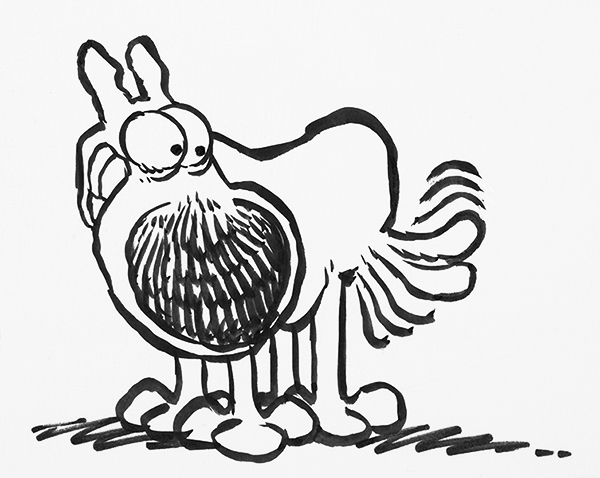 Grimmy from Mother Goose and Grimm by Mike Peters

What a Hoot! A Mike Peters Retrospective examines the life and work of the Pulitzer Prize-winning editorial cartoonist and creator of the King Features comic strip Mother Goose and Grimm. Between his popular strip’s host of hilarious animals and a body of editorial cartoons spanning nine presidencies, visitors will learn about Peters’ world-view as well as his fervent sense of humor.

Peters’ early work will also be featured, from his time as a student and in the Army. This retrospective celebrates the energy, intelligence, and laugh-out-loud humor that have characterized Mike Peters’ work for nearly 50 years.