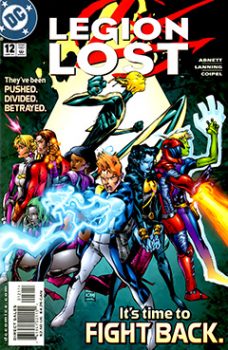 This talk explores how the speculative worlds of contemporary U.S. superhero comics have addressed the problem of difference and human diversity through stories about the catastrophic threat of genocide.“I focus on a classic storylines–The Legion of Superheroes’ Legion Lost from 1999–that depicts a diverse teams of teenage superheroes collectively struggling against the genocidal actions of a former ally and colleague. I show superhero comics in the late twentieth century visually presented multiplicity and heterogeneity–in the figure of the superhero team as a kaleidoscopic gathering of ethically motivated but widely divergent actors–not only as a quality of human difference but a set of values that actively work against forms of genocidal violence. In Legion Lost, the desire to obliterate or extinguish life that is different than oneself is linked to the experience of social isolation from friendship, camaraderie, and collectivity–it is loneliness, the narrative argues, that facilitates xenophobia and fear of difference, and friendship and trust that dispels them. Ultimately, I unpack how the visual and narrative conventions of American superhero comics offer fantasies of collective solidarity that exceed the demand for representational diversity that has so strongly shaped recent comics production, and have incredible utility in our political present.”

Ramzi Fawaz is assistant professor of English at the University of Wisconsin, Madison. He is the author of The New Mutants: Superheroes and the Radical Imagination of American Comics (NYU Press, 2016). The New Mutants won the Center for Lesbian and Gay Studies Fellowship Award for best first book manuscript in LGBT Studies and the 2017 ASAP Book Prize of the Association for the Study of the Arts of the Present. His work has been published in numerous journals including American Literature, GLQ, Feminist Studies, Callaloo, and Feminist Review. He is currently co-editing a special issue of American Literature with Darieck Scott titled “Queer About Comics,” and co-editing Keywords in Comics Studies with Deborah Whaley and Shelley Streeby for NYU Press. His new book Queer Forms, explores the relationship between feminist and queer politics and formal innovation in the art and culture of movements for women’s and gay liberation. Queer Forms will be published by NYU Press.